Born in 1901, Paul Garcet grew up in the Brussels suburb of Jette.

He first came into contact with Cardijn around 1915 via the Pius X Eucharistic League at the parish of Notre Dame at Laeken.

At Laeken, he also joined the local “patronage” or parish youth club, where he had contact Fernand Tonnet, who was soon to leave to fight at the Front in World War I.

By the time the war was over at the end of 1918, Paul was nearly eighteen.

Cardijn was back in action after his wartime internment while Tonnet had returned from war service.

With Cardijn, Tonnet and a young metalworker, Jacques Meert, they set to work to establish a new movement of circles, La Jeunesse Syndicaliste or Young Trade Unionists.

Around this time, Cardijn found Paul a job as an accountant with the Christian Trade Union Federation in Brussels, enabling him to devote much energy and time to the promotion of the new movement.

At the first JOC congress in 1925, Garcet was elected national treasurer. Soon after, together with Tonnet and Meert, he became a fulltime worker for the movement.

Later, Cardijn would describe them as the “founder trio” of the movement with “Fernand, the head, Paul, the heart and Jacques, the hands.” Others added Cardijn’s name to the list as the “fire” or the “soul” of the team.

As treasurer, Paul successfully tackled the difficult challenge of ensuring that the movement met its budget needs, always a challenge but particularly in those early years of rapid growth. Indeed, the growth of the movement’s assets and resources during this period witnesses to the effectiveness of his work.

During this period, he was also responsible for JOC’s vocational orientation program for young people. Finally, in 1933, he took leave of the movement to marry Jeanne Partous, another pioneer and co-founder of the JOCF in the Brussels region. Together they had three children.

In 1935, he became administrative director of La Cité Nouvelle, a progressive Christian magazine while he also worked to develop a successor movement to the JOC, the Ligue Ouvrière Chrétienne (LOC) or Christian Worker League. 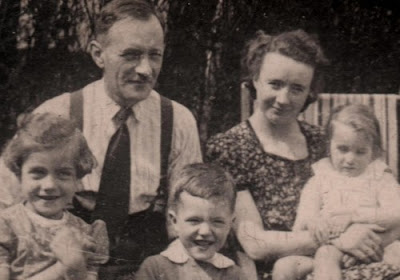